It’s turned into a sorta busy week of hobby stuff.  I figured I should post up an update today before this post got to be to large.

First, after the BloodBowl match last week I ended up with one goblin advancing with a new gained skill. I opted for “catch” … mostly because I had this mini that I had yet to paint.

He took a couple hours – and I did my best to match the rest of the existing team. 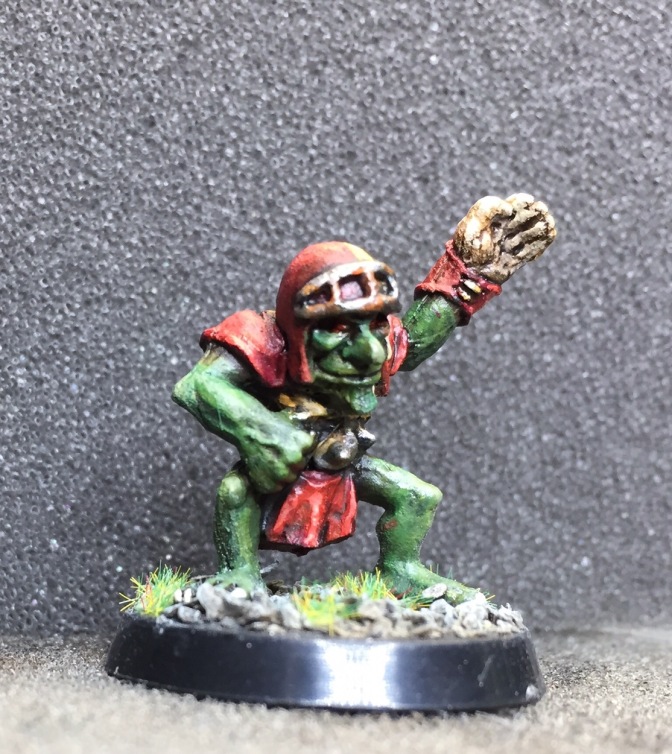 Next up, I finally got time to finish up my current USAriadna – Traktor Muls. 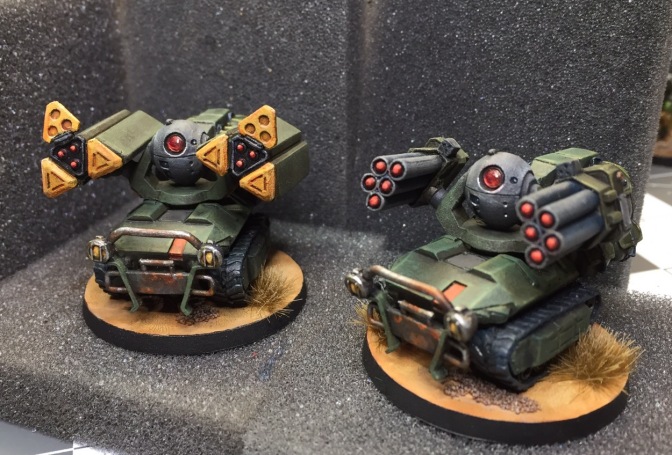 After getting this photo I decided to add some aerials … because they just seemed to need something visually.

So here is a shot with the quickly added antennae. I’m not sure if I’m done messing with the Traktors … but this is it for now.

Lastly, I got in a game of Dark-Age with my son. We played on the newly completed Zuzzy mat.

We played a 590pt battle – custom seize ground type of battle. I used plastic tubes to represent the LOS blocking objective markers. I’m planning to do more with them later.

The battle was initially tight – we each grabbed the three closest objectives on each side. But after the third round dice rolls and luck – my son had gained a 6-4 point advantage. In the mission- 10 victory would win and end the game. 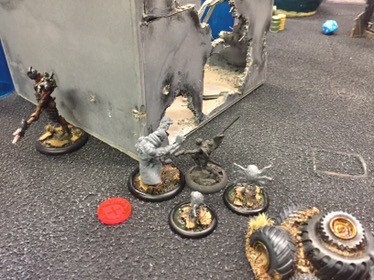 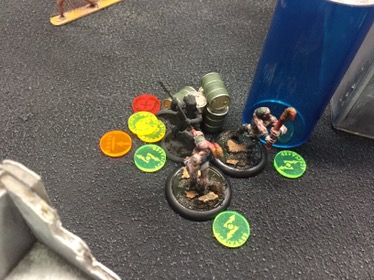 I mounted a stiff comeback – but it was too little too late. He ended up winning in round 4 with 11 points.