I have been starting to prep my newly cleaned and mostly organized gaming space for gaming.  I plan to start off with showing my son 40k.  Along with that I am planning to show a few of my great nephews some of the games I have collected over the years.  I am trying to pass some gaming hobby fun on to the younger generations.  And if I am lucky I will have more folks to play in the long run :).

In the work of prepping I have pulled out my specialist game forces.  Starting with Epic… I have quite a bit of stuff.  I have some trees and all of the old buildings from the very old set of “SPACE MARINE” and the later broken buildings from EPIC:A.  I started playing Epic Space marine way back… in the 90’s?  lol.  Anyhow I started with Orks… here is the painted bits of the force I have… (lots more unpainted in a box).  I think I had more gargants – but I have not found them here.  But I think what I do have will be more than enough options for a 3k list or a learning game.

With the 3 box sets of epic over the years I have more than enough ork stuff.  Along with the second army – Marines.  The imperial titan that came with the box set back in the day has missing parts.  I am hoping to pick up a big one on eBay for this army.  As it is I have 2 war hounds… and several land raiders.  I have more on sprue and in boxes.  Recently I picked up a thunder hawk for this army.  Again there should be enough for teaching games.

About 5 years ago I picked up a bunch of Eldar… lots of painted… some unpainted.  But I plan on stripping the metals and repainting these for a grand sword wind army.  I am hoping to build an army to match the paint of my Eldar 40k Wraith theme.

I have lots of extras –   Also my friend Gunnar (local) has a sizable Squat army for epic… I am hoping to convince him to pull it out for some games soon :). 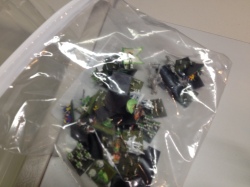 OK – I did mention Battle Fleet Gothic – but I have no photos at this time.  I have some imperials that need painted from the box set… along with some extras.  I have an Eldar Corsair fleet – which I had played in a local BFG tourney a decade ago.  I also have a Craftworld fleet – I have yet to paint.  When I get that stuff out and in order I will post up photos.  What I need to do here is put together the imperial forces – enough to match up with a small Eldar force.  My friend locally has an Ork fleet.  I have discussed some learning games with his assistance when I have the kids over to learn BFG as well.

— what do I have left?  I have Blood Bowl… I have the original and the last edition box sets.  Both sets of humans and Ork teams.  Both unpainted but ready to go.  I also have my own teams … I have a chaos team (I can’t seem to find them).  And my favorite – Goblins!…  They are so much fun.  I wish I was a better player of BB.  But I will be sure to show the youngsters how to play Blood Bowl as well. 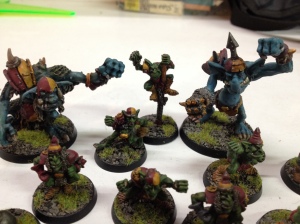 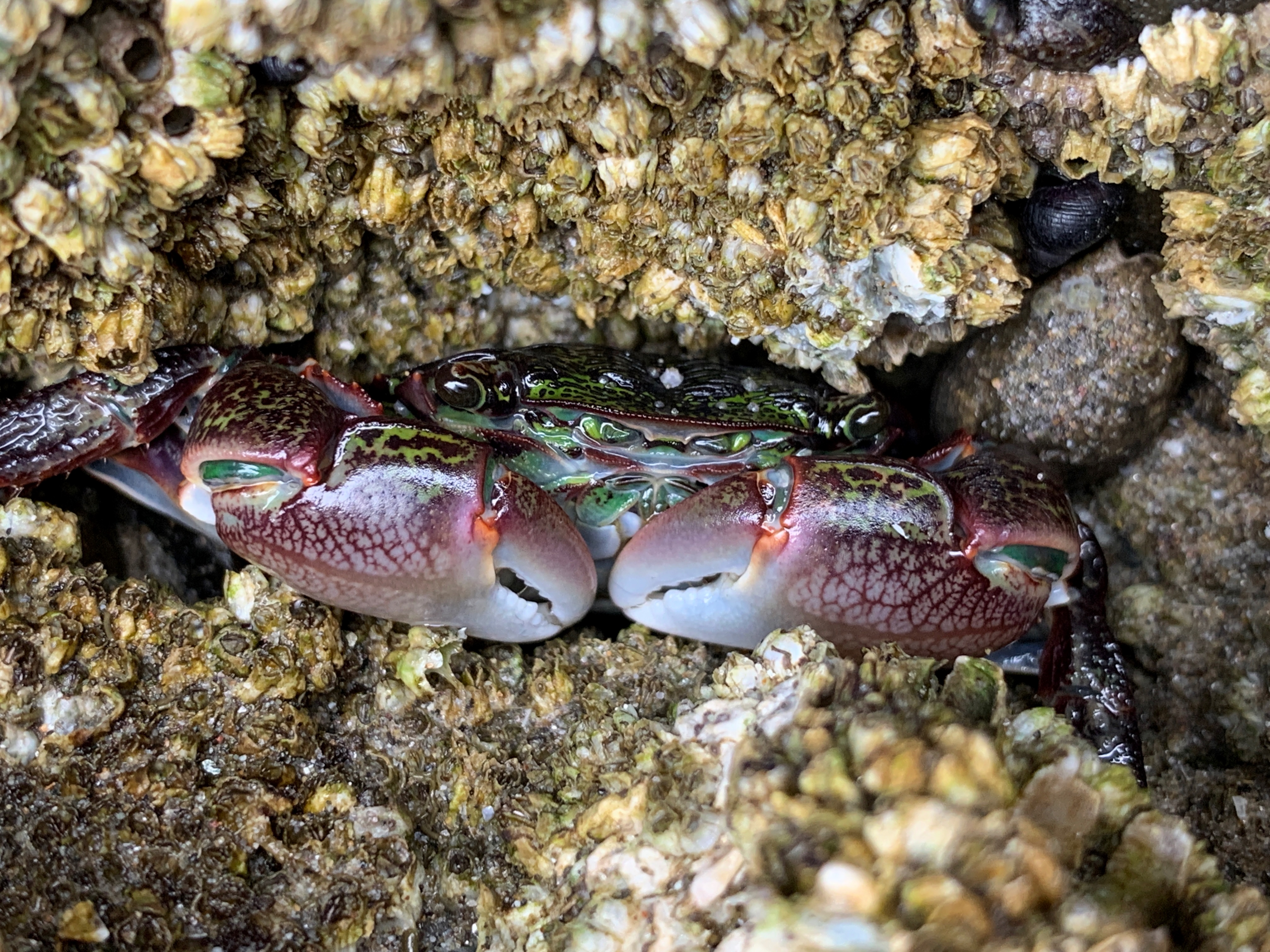