This summer has been a blur of social distancing… face mask coverings and trying to find things to do that don’t involve crowds or public spaces.  Having my daughter here has been nice – although we have not had lots of time to play games – part of that is the freshly minted “teenager” isolating herself with her newly discovered need to avoid parents lol.

I spent a day rebuilding this Eldar Revenant Titan project (Forge World) with the Sonic Lances.  I had built and painted this many many years ago (2012!). Gosh that was a long time.  Well the titan fell apart while sitting in a display cabinet in our yurt before we moved fully into it.  The heat and cold did a good job of pulling the glue apart. 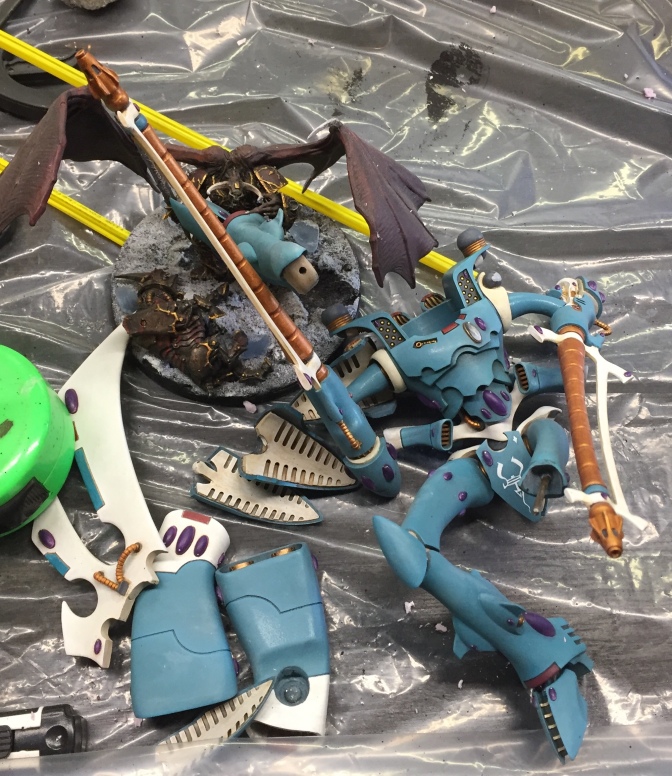 I had been moving the parts around in a small box in my hobby area for over a year – intending to put things back together.  I finally was looking to make room and declutter a shelf when I again ran across this sad titan in his box gathering dust.

I spent an afternoon carefully applying some water…and lightly brushing off the dust.  I touched up some paint on the Demon Princes wings and a few other spots.  I wasn’t happy with the constant tippy feeling from the balance of things on this base with the Revenant… so I did a few things to dry to meditate how things were balancing.  First off was to try and bring the center of gravity of the Revenant back to a good center – instead of it leaning back so much. 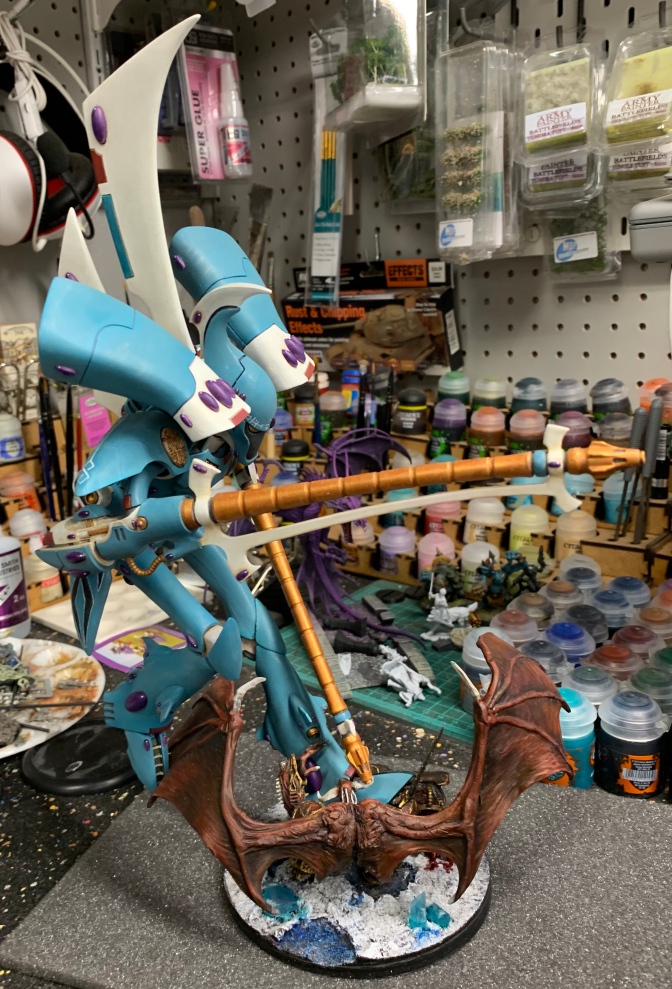 After a few adjustments I caught on the idea of pushing the left leg up a big more and onto the wing – attaching it with a carefully hidden pin to keep it there.  After that things felt much better and it wasn’t as tippy.  I decided to call it good for now and will move this project back to the display case.  I will need to revisit this at some point and finish up the basing and snow. 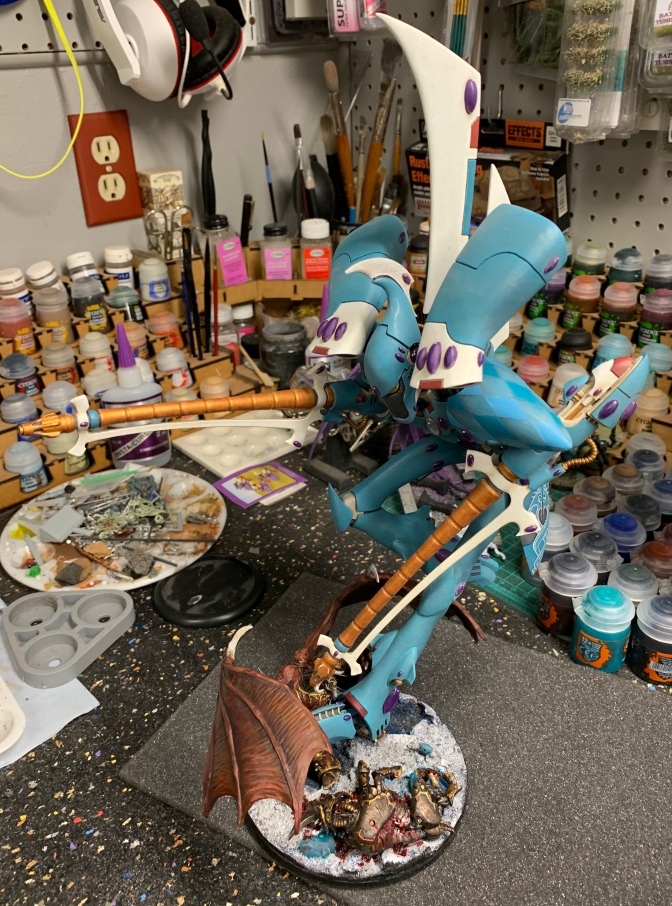 The next bit of stuff that has gone on this summer is after selling hobby stuff that I didn’t think I’d ever get to (warhound titan and knights) – I had finally ordered my new 3d printer.  This time an FDM Prusa i3 MK3s.  I wanted something “bullet proof” and ready to go after I got it set up.  The one 3d printer with this sort of reviews is this printer.  I could have purchased an ENDER for less than half the money – but I didn’t want the hassle to tweaking and constant adjustments I hear about with those cheaper machines.  I wanted quality and ease of use with a large user base to beg for help when I run into a problem with. 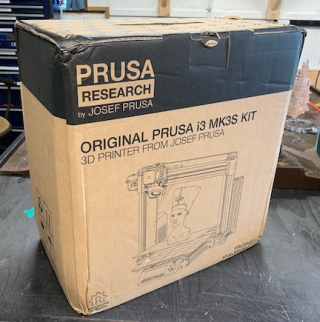 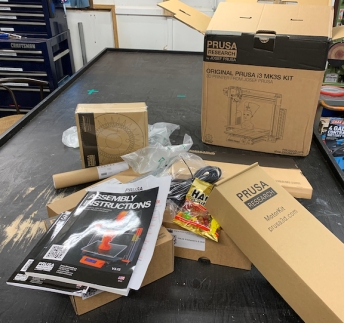 Anyhow, I ordered the “KIT” and received it about 6 weeks after my order was put in.  The instructions were very clearly done – everything was well executed as far as the steps and the builders guide goes.  It took me about 8-10 hours of weeknight time to put this printer together.  I had no real issues during the build – besides just taking the time to do the build step by step. 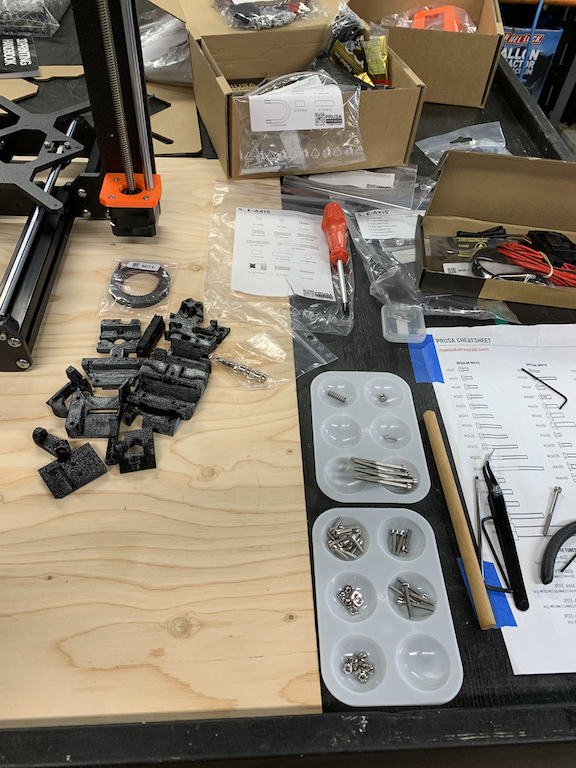 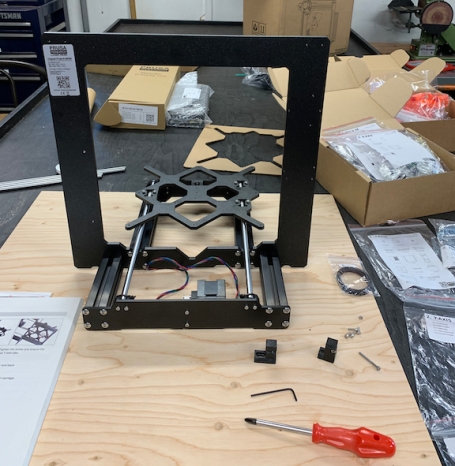 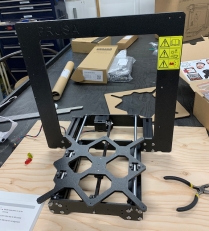 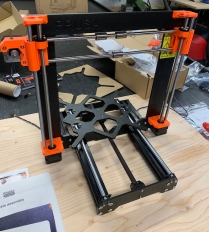 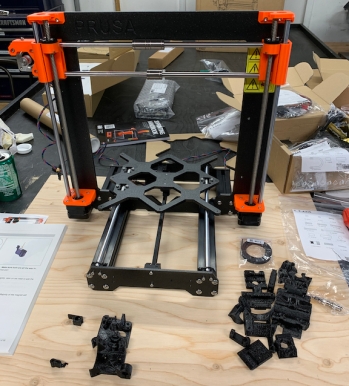 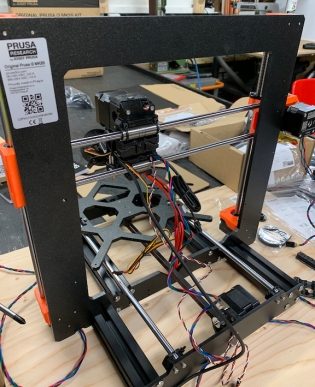 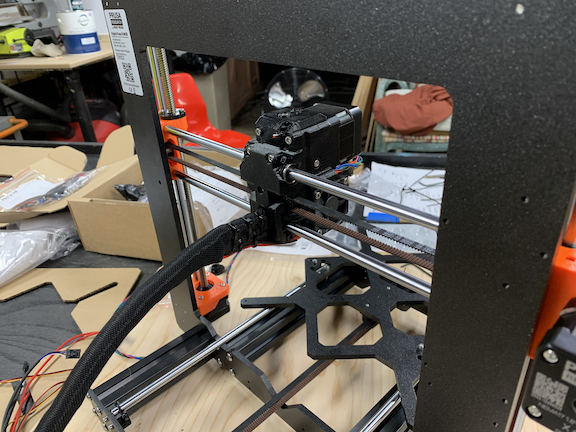 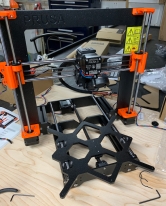 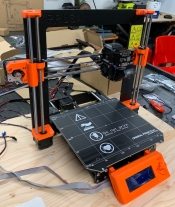 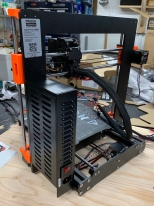 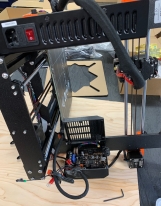 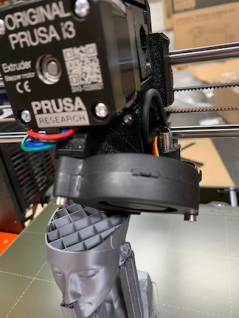 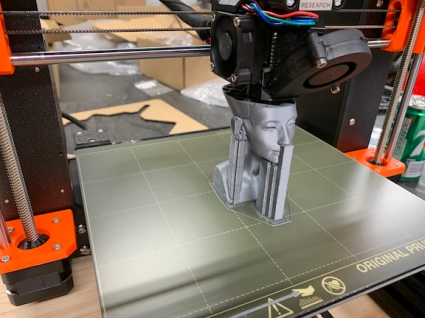 And if I have not said – this was a very clean building process – I was pretty impressed with all of it.  As soon as things were done I started printing some test files… and got the process roughly dialed in.   Things look pretty good.  About what I was expecting from this printer based on user reviews.  My plan is to use this printer for terrain and other things which either won’t fit my resin printer or won’t need the level of detail I can expect from the resin printer.  I can also foresee using both printers on the same project. 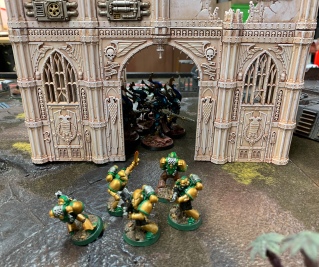 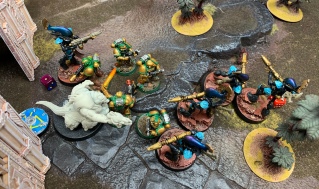 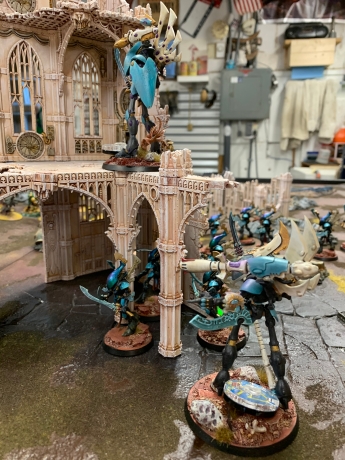 I have also played a few more games of 40k over the last month… with a new nearby player.  The games have been fun – and he is pretty excited for 9th ed.  After three games over a few weeks I am starting to feel good about the game again.  I have been pretty rusty – and I have been trying out different lists as well.  So a victory has evaded me so far lol.  But we plan on playing more in 9th ed (I just picked up the new rulebook)… so I look forward to a resurgence in my desire to play this old/new game lol.

3 thoughts on “This Summer in Hobby”