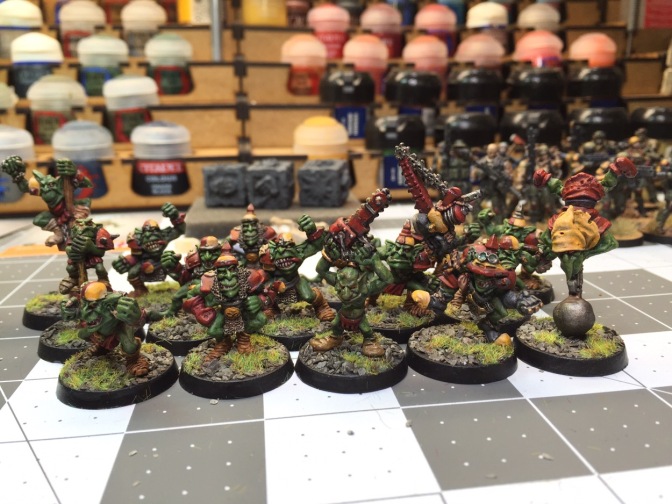 Well on Tuesday I had my second match for the Stunty Leeg.  This time my opponent was BOOM BOOM POW – a Squig Herders goblin team. And dang were those Squigs vicious. 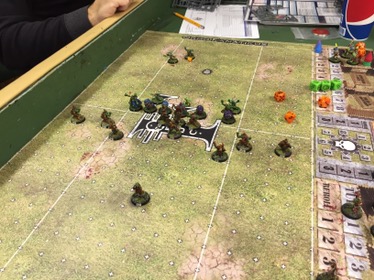 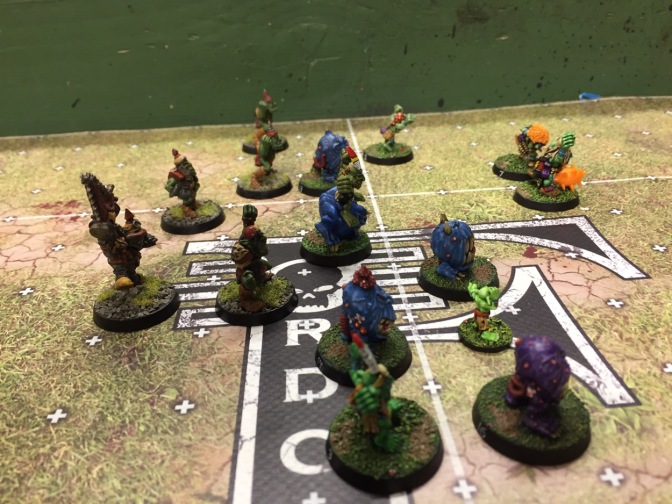 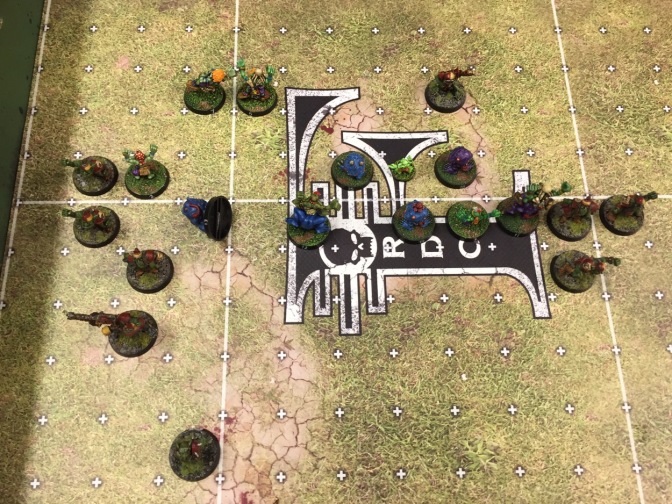 The squigs won the flip and received the ball first. The kick was a high floater and the gobbo caught it directly. Soon the rest of the herders moved to protect the ball carrier. 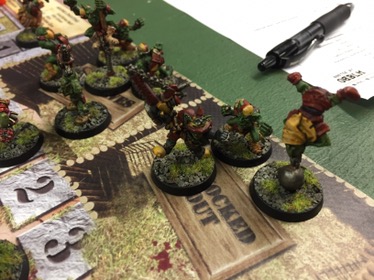 The squigs made short work at knocking my goblins out. Luckily I only lost 2 the whole match to being “eaten “.

Most of the first half the Herders concentrated on knocking my gobbos out of the game- and slowly moving the ball towards the end zone.

I put a stop to that by bouncing my pogoer into the scrum and freeing the ball from the carriers grip.  The ball bounced chaotically around the pitch. 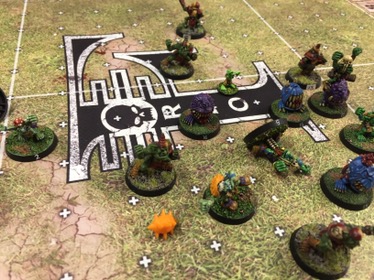 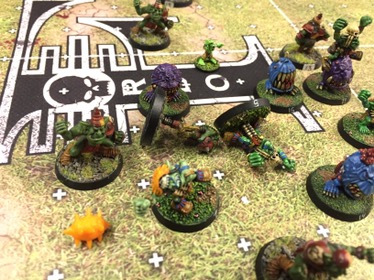 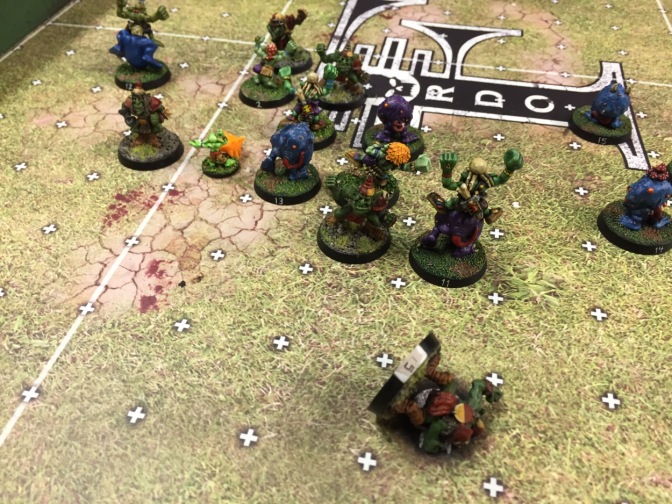 Only to end up with the little herder named “Chop”… who then did his best to avoid further hits from my goblins. 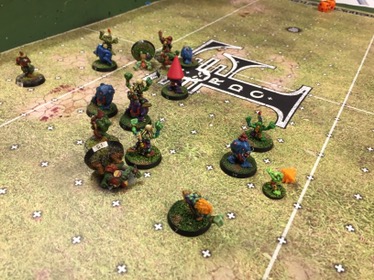 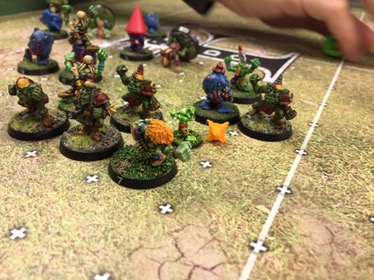 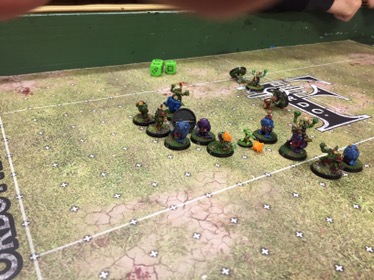 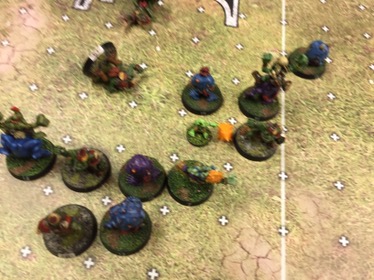 Try as I may / the dice had other ideas. With only a few rounds to go in the half that little jerk Chop sprinted in for the score. 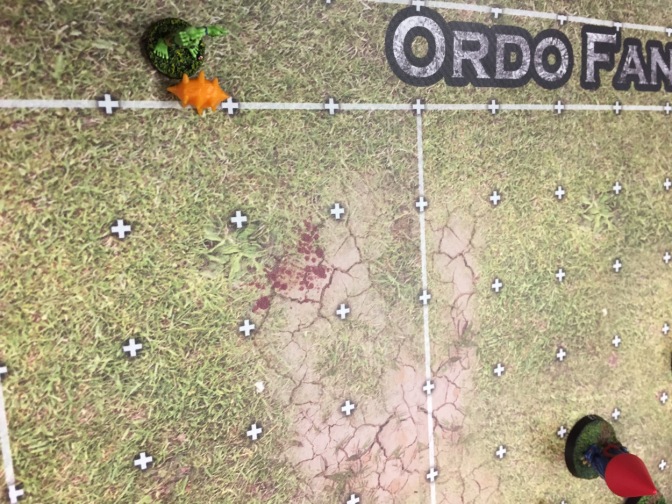 TöeJam regrouped and received the kick with a couple of rounds before the half. I’d had enough of the running from the squigs so I put both chainsaw wielding looneys on the line – hoping to knock some squigs out of the game for good. 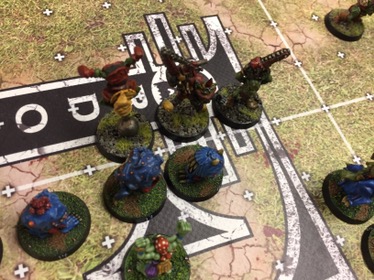 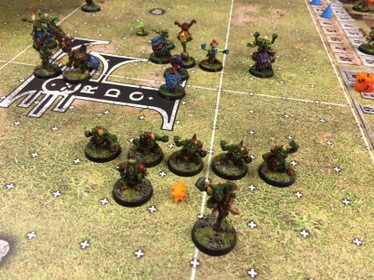 TöeJam managed to put the hurt on some squigs – but they failed to get the call done the field. The drive stalled on a slip-up trying to get through a Herders tackle zone.

On to the second half … TöeJam receives. 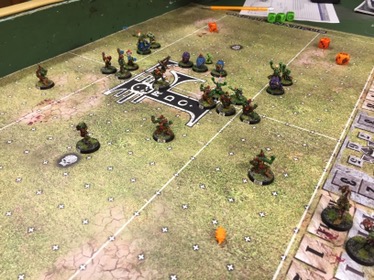 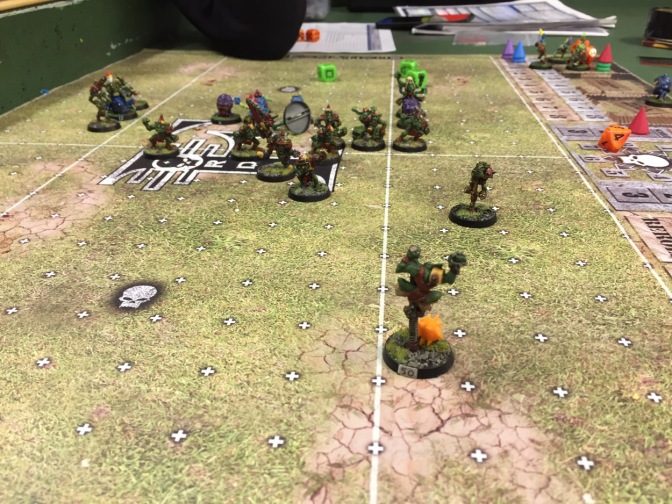 Flash the pogoer quickly gathers up the ball and the rest of the team builds a wall to protect him. 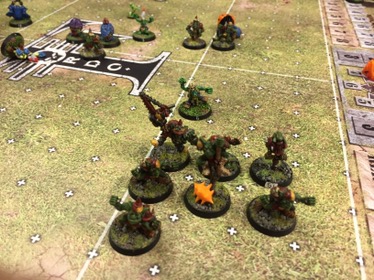 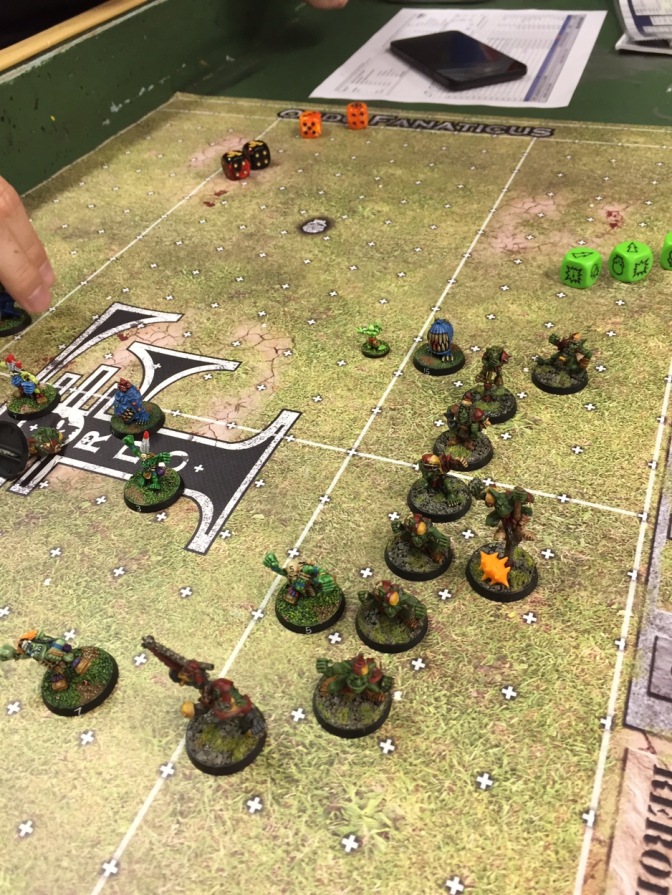 Looking for the equalizer – Flash moves to mid field.  The way forward is looking pretty clear.

But … nuffle … the dice god does not agree. 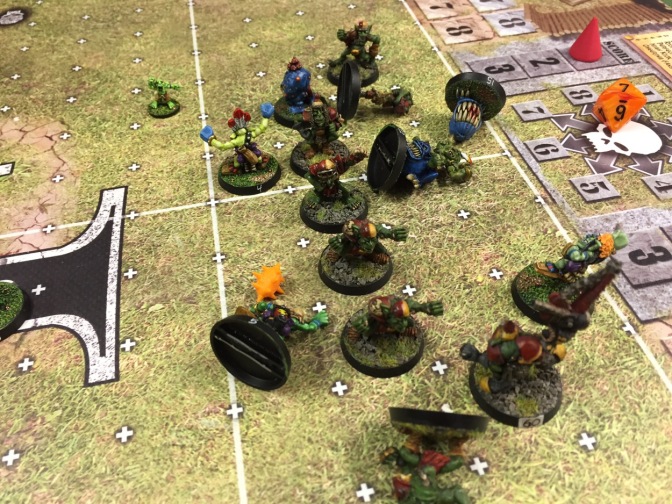 The crafty Herder rounds the line of protection – and soon a blitzer has dislodged the ball. – the ball bounces this way and that … across the pitch… gobbos on both teams try to catch it … but it just kept going.

Until… a lone squig herder got a lucky bounce …  and I a failed re-roll to change matters. 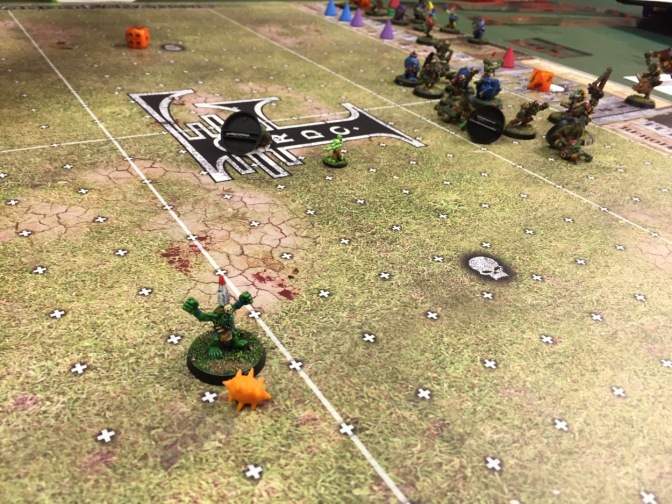 The little guy ran full out to get a second score … to secure the win. Then he stopped at the end line – so his buddies could hit some more of TöeJams goblins. 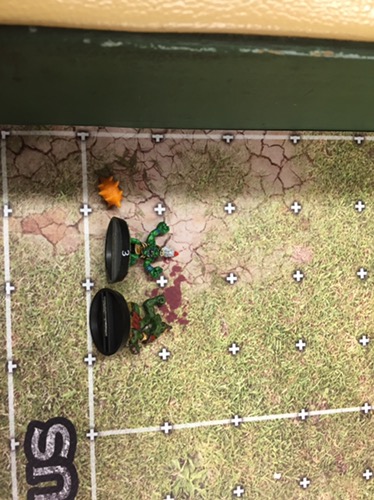 That’s when a lone TöeJam gobbo had had enough of the showboating. He sprinted across the pitch – going for it … and making the shoe string (or should that be toe jam) tackle. Dropping the ball carrier at the end line – the ball landing next to him. 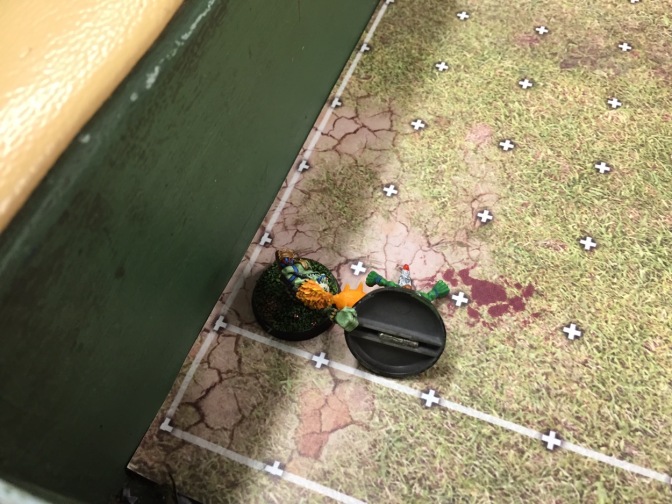 Chop … the Squig Herder first half hero sprinted over to try and pick up the ball and take it in again … but he failed to pick the ball up this time.

It was a fun match – I’ve learned a few things after my long layoff of playing boodbowl… and I hope some better strategies for my next match.