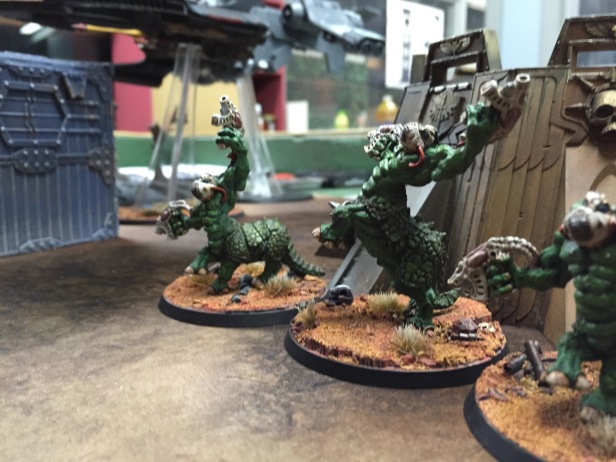 Well I have come alway from my first pair of games with the corsairs knowing one thing. I’m horribly rusty with the current 40k rules. 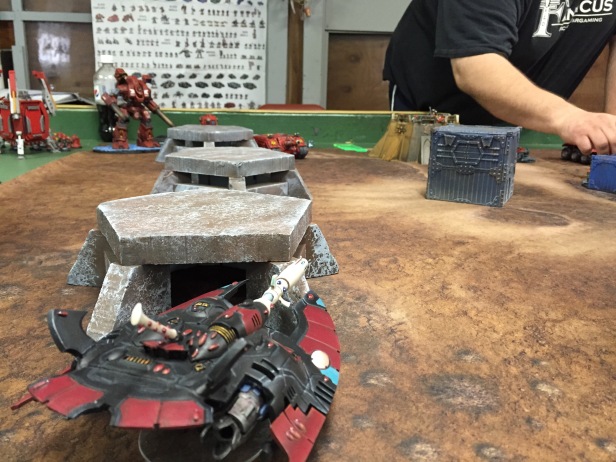 Both games were against marines – the first a fairly vanilla force. The second against a paratrooper style Blood Angels force which had me going in circles. 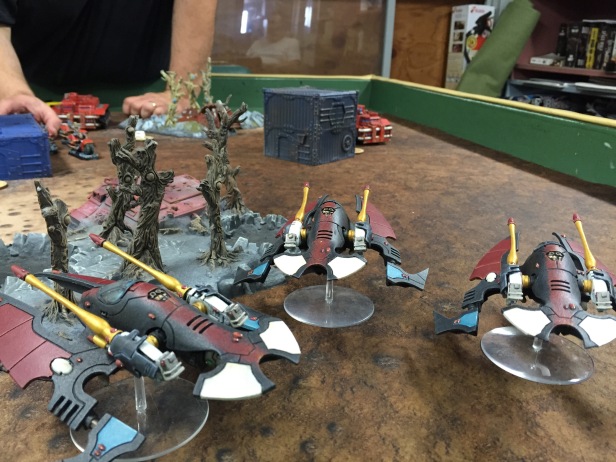 Thanks to both of my opponents – you’ve shown me that in a short couple days that I need to hit the books. I need to better understand my special rules. As well as the working tactics of the corsair list that I’ve only had on paper. 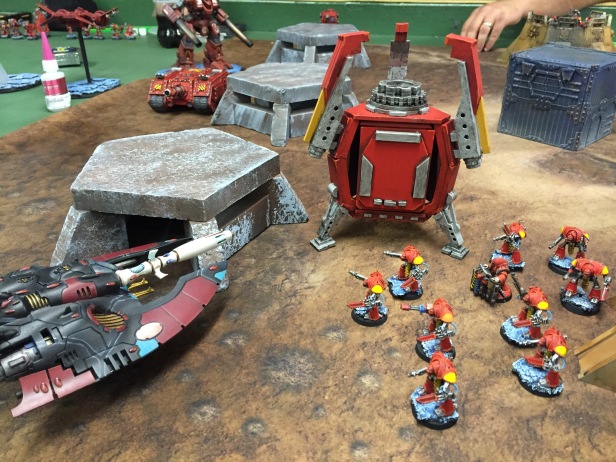 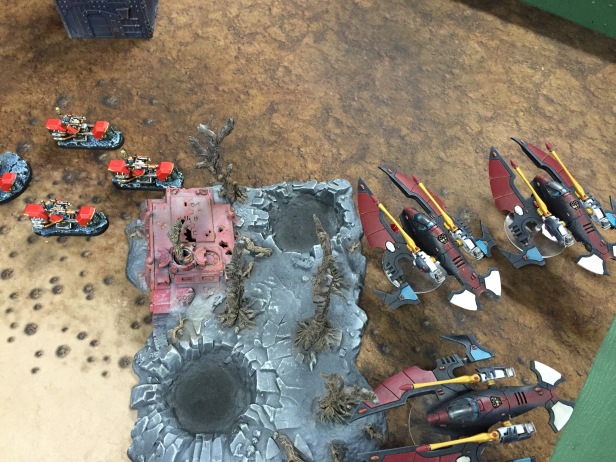 I’m not going to post a blow by blow battle report.  Rather than that – after about 5 hours of sleep. I’ll give my feelings about each battle.  Both were maelstrom missions. 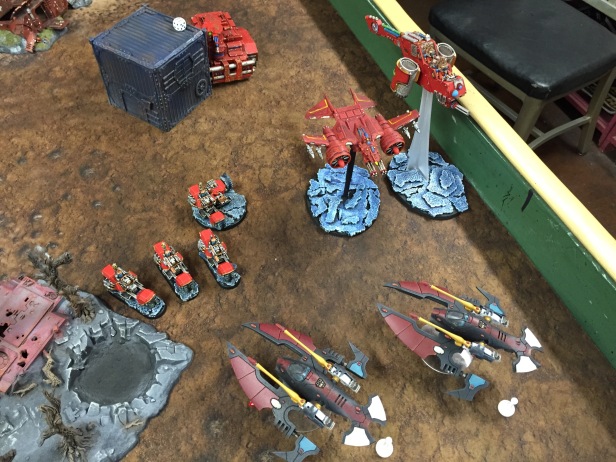 In my first game I decided to do lots of deep striking deployments. And I only started with the hornets and warp hunter on the table. I was almost tabled at the end of the top half of round 2.  I struggled to collect points the whole game. I felt like I was just trying not to get to far behind. Tactically, I started off on the wrong foot but felt like I adjusted well. The game ended 10-7 in points. I lost but I got to make it close. 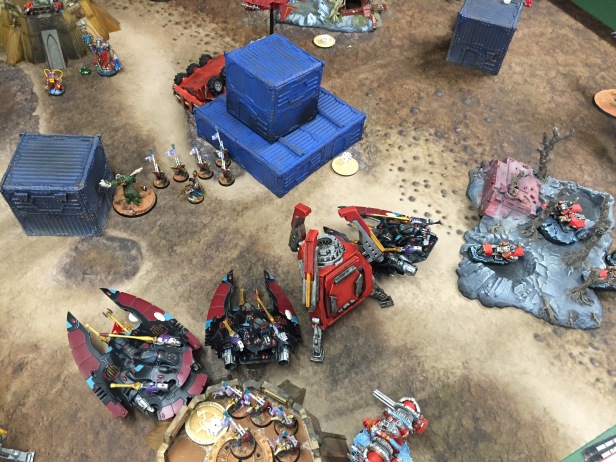 I think I could have used my speed better and had better positioning to help me do a bit better. In the end I simply didn’t have enough time to make up ground.

In the second battle,  I over compensated… And I didn’t understand my opponents force well at the start. Marines dropping everywhere – small units that hurt with melta. On top of that the cards in the missions just kept lining up for my opponent. In the end I’m pretty sure the score was 12 or 14 to my 4.

I had a game like that last year in which I simply got rolled by the lack of scoring possiblities on my card draws – vs my opponents luck of the draw – gaining 2-3 points a turn by cards.

The tactics were just compounding my problems. I didn’t focus enough on killing those little groups quickly enough. And my delays made it nearly impossible to make up ground.

What did I learn about my army from these games?

2) jinking is nice – but it really puts you at a disadvantage for the entire rest of the game. Better option may be to take a turn “off” and reposition if possible.

3) I need to be always mindful of space – and use my speed to take advantage of the space. 4) I need to figure out my best options – positioning – when I choose to deep strike units.

5) The warp hunter is deadly – along with all my pulse lasers – I should be able to do a good deal of damage in a turn.

6) I poorly defined my units roles in battles. Aside from my flyers – I can’t expect everything to deal with anything. I need to build in proper supporting units within my tactics.

Ok – my focus points before the OFCC tourney will be to try and answer some of those questions tactically – and to read more rules that directly work with my units.