The goblins went into Mordheim Stadium with high hopes – or at least a good party. Things started out well as they held onto the ball for a few turns.  Before attempting Goblin toss just near midway on the first half. Gumby the Troll was stellar – tossing the little gobbo perfectly up the pitch.  But the gobbo tried one to many maneuvers to gain some distance on a possible ghoul tackle… and he fell down.  Coughing up the ball. 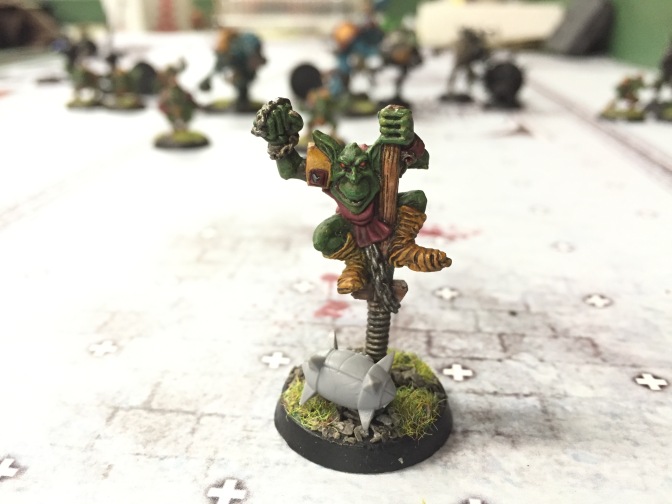 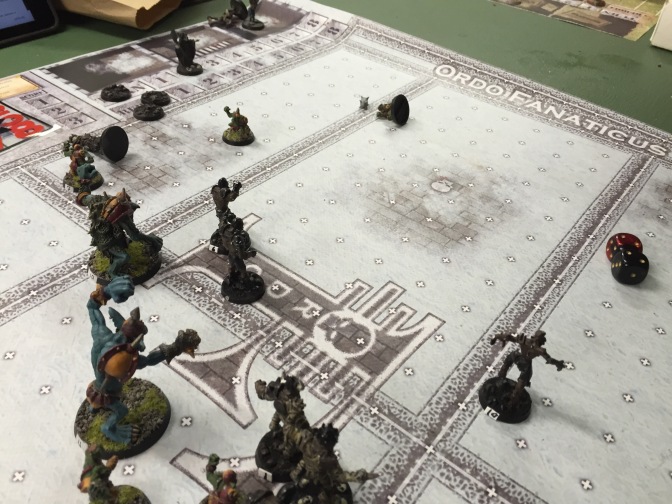 Soon the Undead “Mon-Stars” scooped up the ball and made their press for a score late in the first half.  At the end of the first half the score was 1-0 in favor of the Undead.  The second half proved about as much of the same – Goblins kicked off to the Undead – and the undead scored a few short turns after.

Near this time is where tragedy strikes … DefKon One – the Troll with the heart of gold – gets pushed down… then!… a gaggle of “Unamed” Zombies and assorted undead surround him… kicking and stomping. DefKon was killed – on the pitch doing what he loved (sorta loved… ok… ).  Those unnamed will be singled out for payback I’m sure.

The desperate TöeJam (only 10 strong on the field at this point) huddle up – and dream up a perfect score.  Yup… on the ensuing kick-off the ball is scooped up… and tosses the ball to #14 Jacko’..  this goblin in turn prods Gumby the Troll (whom is kinda happy at this point because one less troll means more food for him)… picks up Jacko and tosses him down the pitch.  And with a quick end-around bypassing a Ghoul… he SCORES!.

The Mon-Stars were unfazed… LITERALLY … they showed no emotion.  The undead received the kick-off – and with 2 turns till the end of the match they score again – with limited Goblin interference at this point.  The gobbo’s receive the ball yet again – this time when they try a goblin toss – Gumby ends up throwing the goblin straight into the dirt… at his feet.  With a lucky bounce another Goblin picks up the ball – and runs out the clock. 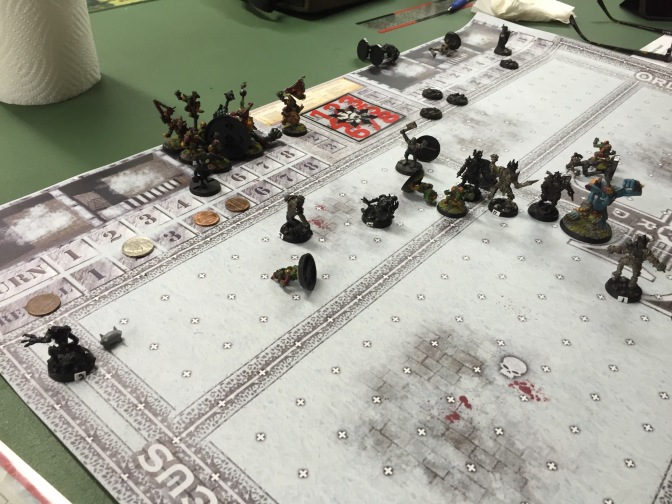 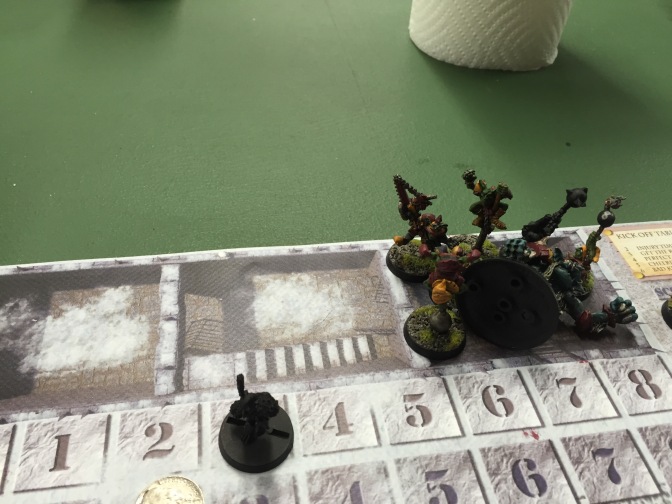 DefKon’s gobbo pals morn his loss. And have a festive wake / drinking match.    In the end it’s a victory for the Mon-Stars… 3-1 -d