Yet another brutal week for the gobbos. A Saturday matinee match against the dwarf team known as “Karaz-a City Cheifs”.

I knew I was in trouble going into the match being down 5 goblins from last week / 5 with Miss Next Game injuries. I was exactly at 11 players.  Luckily, the dwarf team was worth 200k more than the goblins. Allowing me to get a bribe, a goblin merc and to hire Fungus the Loon to help me out this game. 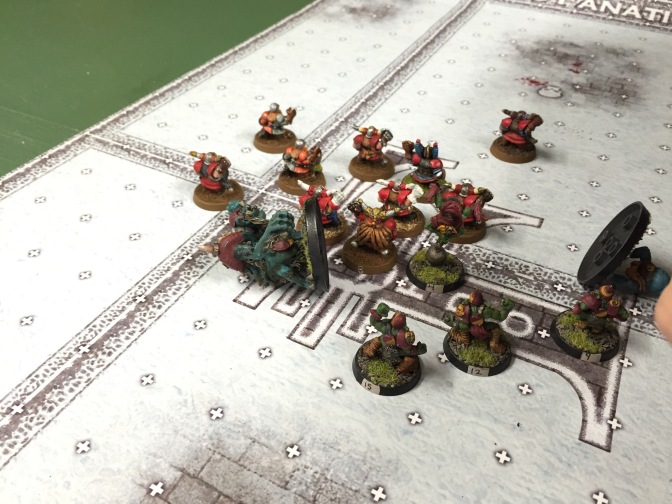 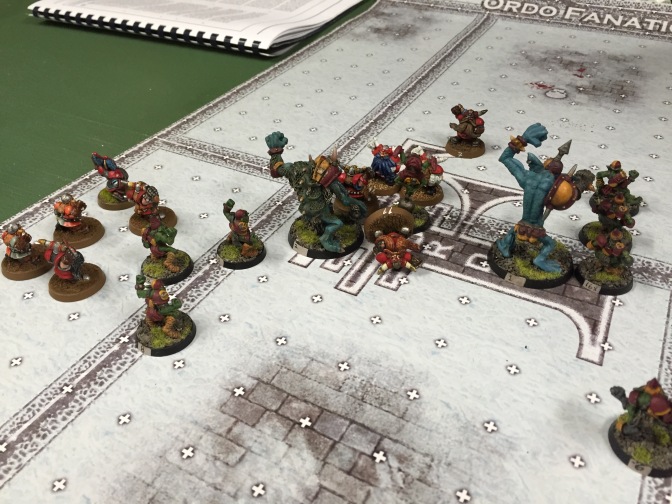 Well – as suspected – the game started out well. Heck I got a glorious blitz on a troll slayer – knocking him out of the game in one of the first goblin turns. My fanatic did well bowling down dwarf linemen as well. But near the end of the first half – the dwarfs had scored. Forcing a pair of my specialist weapons off the pitch.

In the next possession I had played my other specialist and merc.  I tried to get a score in the remaining turn of the half – but the troll just couldn’t get off the toss.

The second half was much more a continuation of the trend. The dwarfs bashed goblins – and soon I was down to 9 on the pitch – and the dwarfs again score. 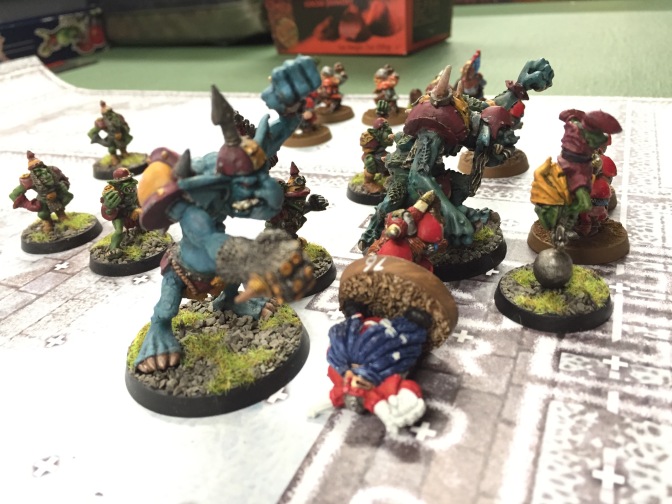 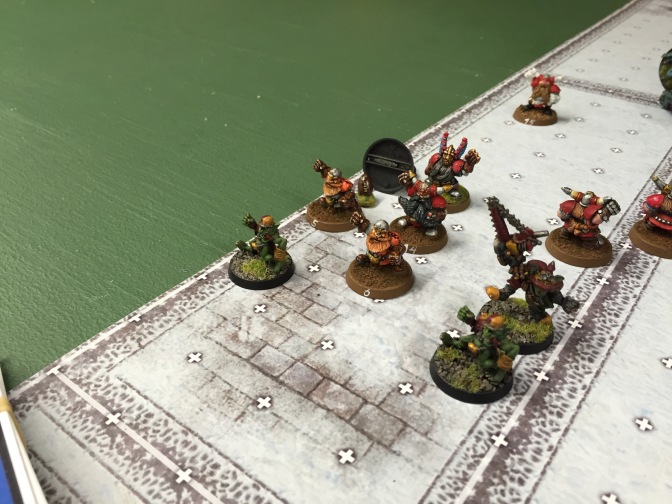 By the last turns of the match I was fielding 4 goblins – 1 troll.  The other troll was taken down and will Miss the next game. 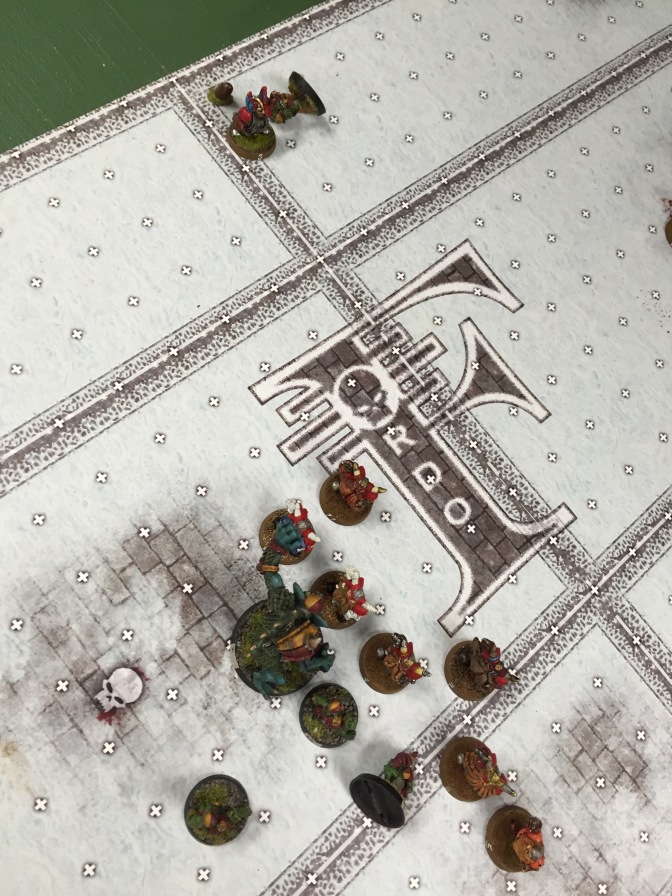 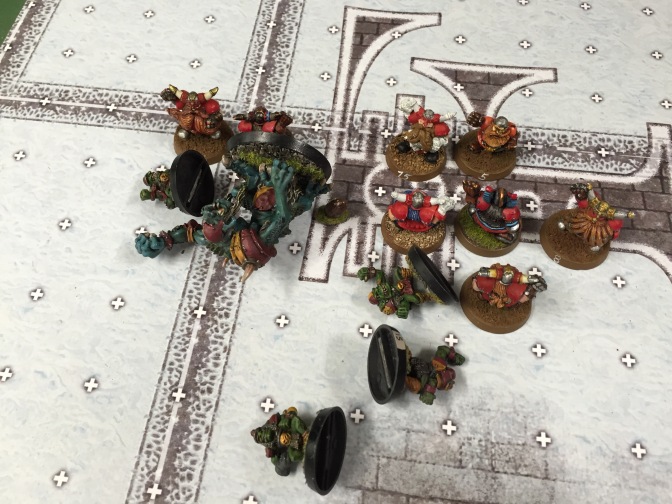 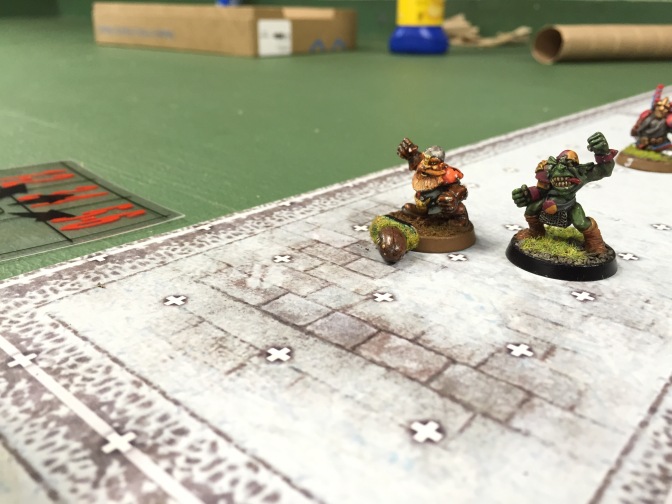 The game ends at 0-3… Yet another loss for TöeJam. But still no dead goblins (shocking).  Fungus was awesome – he took out several linemen – even killing one dwarf journeyman lol – too bad I couldn’t get the rolls with my own fanatic.

Anyhow – that’s the match for the week!