ok – quick update with pictures. It was a brutal game against Orks (Orks are angry and mean- who knew?). Anyhow, they did their best to kill and maim my poor gobbo’s.

BUT TO NO AVAIL!  Yes – no goblins were killed in the making of this game. But five have some serious injuries. And only two of those will miss next weeks game.

Overall – my dice – ugh my dice. It’s a common exclamation at a bloodbowl match. But tonight was my turn. I rolled more 2’s than anything else. – stunty gobbo wants to dodge out of a tackle zone – needs a 3+ …for the life of me – I rolled three 2’s in a row more than I can count. (Yes I burned re-rolls) lol.

I was happy no one was killed outright – but next weeks game will be rather thin on the bench.

Ok… Great game with gamner friend Josh – thanks ya Git!  And now … The various Picts from the match. Orks 2 – ToëJam 0. 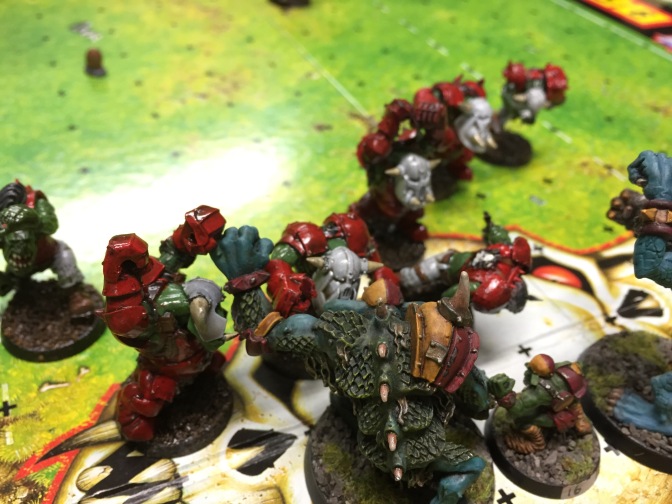 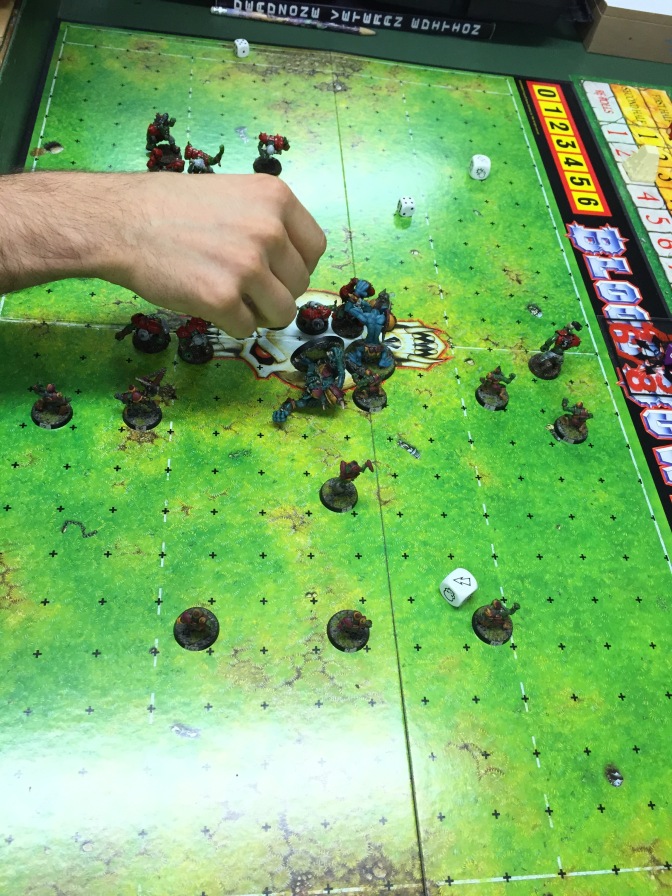